Earn Loyalty Points On Your Purchases FREE SIGN UP

Sure, there are many pros in hydroponically grown vegetables such as that it saves you space, water, having to weed the garden, and fewer pests and disease.  But you miss out on the soil organisms that sit on the roots of soil-grown organic vegetables that are essential for other aspects of health.

Consider that if you are an athlete, exercising more than the average person, or just generally busier than most people, that you are likely to be using a lot more essential nutrients than the average couch potato.

Minerals are obtained mainly from plant sources, especially organic plant sources.  Deficiencies in minerals are becoming more prevalent in Western diets and have been associated with many common disorders and disease symptoms.  Many processing techniques employed today in modern food preparation deplete foods of vital nutrients which include minerals and is one of the main reasons processed foods have to be fortified with minerals.  Zinc is one of the most dominant minerals used in the fortification of foods these days due to it being deficient in most processed foods.

That is why at ATP Science we specifically formulated Z-MAG, to provide essential minerals for some very important metabolic processes such as:

Magnesium is an important mineral needed to regulate other minerals such as vitamin D and calcium, but probably its best-known function would be as a muscle relaxant, thus its inclusion in electrolyte formulas to help with mild cramps, spasms, and tight muscles.

Magnesium bound to a citrate molecule has a role to play in energy production, bone mass and it may help relieve nervous tension.

Zinc deficiency is one of the most common deficiencies in the Western world which is worrying as zinc is essential in hundreds of enzymatic reactions.  It also plays an important role in immune function, which may help fight illnesses.

Taurine is considered a semi-essential nutrient because it is abundant in meat and most humans do consume meat.   Because of this reason if you do not eat meat regularly you will be lacking in Taurine.

Taurine is needed to keep magnesium inside the cells and calcium outside the cells which are needed for healthy muscle contraction but is also the most abundant amino acid found in leukocytes which forms part of the immune system and is needed to fight illnesses.

Each bottle of Z-MAG contains 120 capsules.

Each capsule of Z-MAG contains:

If symptoms persist, talk to your health professional.

Vitamin and/or mineral supplements should not replace a balanced diet.

This product contains selenium which is toxic in high doses. A daily dose of 150 micrograms for adults of selenium from dietary supplements should not be exceeded. 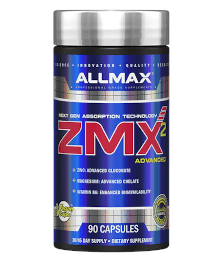 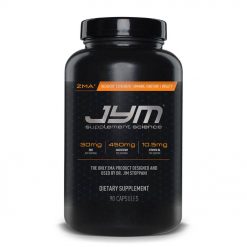 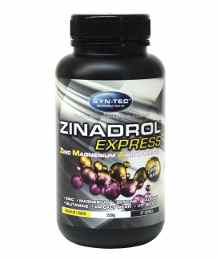